Revista Latina
AuthorEugenia GallardoHow do I write my own story?
Updated: December 24, 2022

By Eugenia Gallardo
December 24, 2022
Must Read 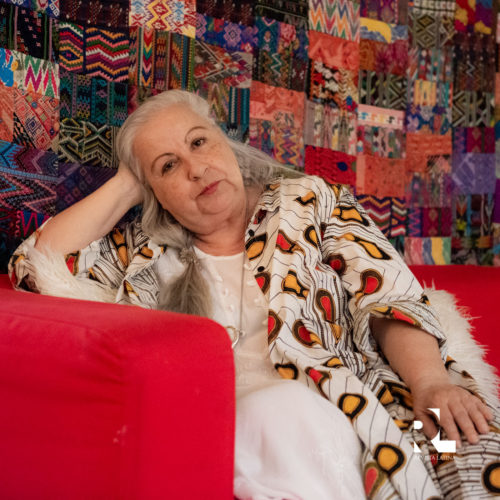 It was a gruel that got muddy on some papers and some papers to which a sawdust stuck and that, already wrinkled, became mountains. They were little white stones that were roads and river basins. It was a mirror that was a lake where a swan bigger than him sat. It was a moss that ran along the banks and in its path hid the pots. They were hidden pots that were forests and jungles and splendid nature. It was a painted cardboard sky. It was a star of Bethlehem with bricho. They were light green and red chilies. It was a world that marked its borders with chamomile necklaces. They were little yellow girls that appeared here and there. They were little roosters that were plants. They were some pacaya leaves that were table skirts. It was a wizard king on a camel with a wizard king on foot and a wizard king on his knees who spent all December walking careful not to get there. They were holy families of all sizes and shapes scattered in that magical world. It was a bearded man and a beautiful woman looking at an empty manger. It was an ox, a mule and three sheep that accompanied them. This Mystery was the main protagonist where the lights were directed. It was a white embroidered handkerchief covering the manger. It was straw under the manger and rustic wood making a theatrical stable with three walls. They were shepherds with sheep and roosters and chickens and turtles and cows and zebras and cats and little shepherds walking through the mosses, the paths and the rivers. They were rivers of cellophane paper. They were houses and houses and houses of all possible materials embedded in all possible places. It was a house or two balancing on the cliffs. It was wet colorful sawdust brightening up life. He was a rider much bigger than his horse and a baby bigger than his parents and a shepherd smaller than his sheep. They were volcanoes of incense on a plate and, at the same time, a glass of water. They were matches within the reach of children. It was a do not touch anything, do not put carts and do not eat the chamomiles. And it was a child who, being born at twelve o’clock on the night of December 24, became God with splendor reigning in the manger. Good night was good.

Hundreds of people in North Carolina each day are waiting inside hospital emergency departments for behavioral health care. One reason is that a real-time list of operational beds isn’t available, which makes it difficult to connect people in emergency departments to care in more appropriate settings. To address the growing behavioral health crisis, the NC Department of Health and Human Services is today launching a new tool to help hospitals and other providers quickly find an open bed where people can get the behavioral health treatment they deserve.
Author