Journalism of sea and sand: the environmental commitment of Son Playas

By Quitzé Fernández
December 21, 2022
Must Read

The environmental journalism portal Son Playas celebrated three years of existence, calling on organizations that fight for the environment. We spoke with Raquel Zapién, director of this medium, regarding her journalistic initiative focused on the Mazatlán coast.

Listen to the audio interview

Standing on the beach of Mazatlán , with the sea breeze on her face, Raquel Zapién asked herself a question: What can I do to preserve the beaches? She was not a biologist, nor an environmentalist, nor an oceanographer. But she is a journalist eager to tell stories about the sea and warn us about the serious environmental problems it faces.

The answer was made clear on the environmental journalism portal Son Playas , which turned three years old in May 2022 and already has an honorable mention of the Recognition for the Conservation of Biodiversity 2021 awarded by CONANP in the category of mass media .

“What I am looking for with Son Playas is to do hyperlocal journalism, focused on Mazatlán and southern Sinaloa, and through the local to explain the climate crisis we are facing,” he says in an interview with Amonite . “I do journalism specialized in the environment, with a global vision from the local.”

The uniqueness of Son Playas deserved an equally special celebration: an event at the Mazatlán Art Museum that brought together other dreamers, like her , who showed their environmental projects in search of a better ocean.

We chatted with her to tell us more about her dream of beaches by the Pacific.

—I would like you to tell me a little about the beginnings of Son Playas, how did the idea come about?

I worked for many general media outlets and despite the fact that the environmental issue always caught my attention, I did not have the opportunity to specialize because it covered a wide variety of sources. In addition, the environmental issue was not a priority on the agenda of the media . When I became independent and started working as a freelance, the idea of creating my own portal arose.

I really like to walk on the beach, I like to sit and watch the sea, the birds. I can last hours contemplating the landscape. The fact is that I noticed the great contamination by garbage that there is on the beaches, the erosion, the loss of sand that we have. One day I stood in front of the sea and said: what can I do to preserve the beaches? What can I do to contribute to caring for the environment if I am not a scientist, if I am not a biologist? 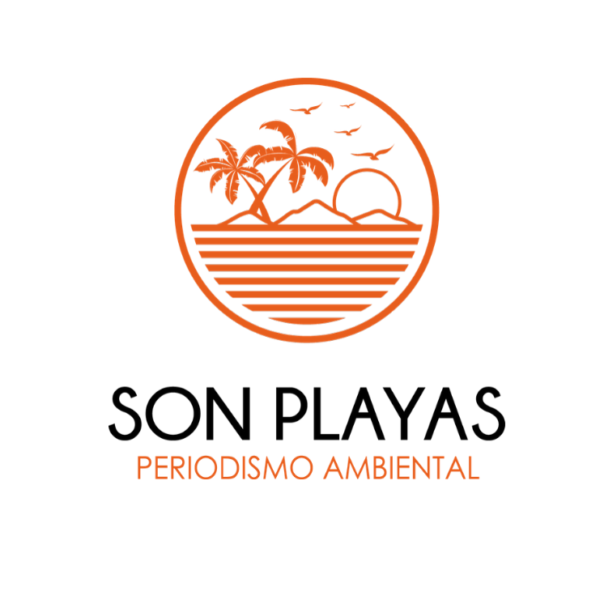 Then I realized. Okay, Well, I’m a journalist, I’m going to start telling stories about the sea. Stories of the whales, of the turtles, of the birds. Histories of the mountains and the communities. Through the information I am going to do my bit and I am going to contribute to environmental care based on the idea that nobody cares for what they do not know and do not appreciate. So, the starting point for knowing, appreciating and caring is information, journalism.

There is no formal work team. The only person on the floor is me. At the beginning I ventured, I borrowed, I hired whoever made the portal for me. I started reporting and writing the stories without having a team and without having a budget or a business model. In this first stage I had the moral support and the support of the work of fellow journalists, who selflessly helped me write certain articles without receiving payment. Apart from working as a freelance journalist, I also work for a marketing agency, by project. So, from what I earn at the agency I contribute and separate a little from the budget, and when I have any left over, I use it to contract services or notes.

At least 70 percent of the contents that Son Playas has have been written by me. The rest we can say that they have been collaborations. I currently have a group of columnist collaborators who have different professions and who from different areas of knowledge contribute articles linked in one way or another with the environment.

—During all this time, what have been the most difficult challenges you have faced?

It has been a challenge in every way because Starting your own project is quite an experience. Doing it without a budget is quite complicated and without being a specialist, even more, because, despite the fact that I always liked the environmental issue and it caught my attention, I had not had the opportunity to specialize. That implied for me to enter a training process.

As a result of this I began to look for courses, get closer to colleagues, with networks of journalists from whom I could learn. This is how I came to the Mexican Network of Science Journalists, of which I am a regular member, and this has allowed me to have access to workshops and courses on environmental and scientific journalism. I also joined the Mexican Network of Environmental Journalists and the Sembramedia media directory.

What we are looking for is that more people contribute locally and from any field to address this environmental crisis in which we find ourselves. Nothing will change if citizens do not participate.

I am currently working on a business model that consists of organizing workshops on how to communicate knowledge, in coordination with the Mexican Network of Science Journalists. They are workshops that are going to have a cost and I can use that income to put together a team to be able to do more and better journalism. Another of the things that we plan is the generation of valuable content at a cost.

—What is the greatest satisfaction that this project has left you so far?

Son Playas is the first medium of communication specialized in the environment in Sinaloa and I don’t know if at the country level. There are many environmental media with a long history but in my case it stands out because it is hyper local and has an emphasis on coastal ecosystems.

Son Playas is a pioneering project and has influenced the agendas of other media, which They begin to address the environmental issue more frequently, which seems positive to me. It is a subject that deserves to have more reflectors, since we have an environmental crisis that is noticeable in many aspects and is having repercussions on people’s lives.

In Mazatlán we are running out of beaches because they are eroding or because they have been built on the dunes. Garbage contamination of our beaches is very evident, as is the discharge of sewage into streams, canals, and estuaries. It is so strong that there comes a time when it becomes a problem that begins to affect us and that necessarily has to be addressed by the media.

—I would like you to tell us about the event of your third anniversary, I found the proposal to weave networks with different disciplines super interesting. It is not the classic way to celebrate a media anniversary.

During the celebration, an exhibition of environmental projects from citizen organizations and universities was held. I managed to gather 35 organizations that showed in an expo what they are doing in favor of the environment. This exhibition also included a panel of specialists on coastal management and a cultural program that included contemporary dance, a jazz band, poetry, storytelling and a workshop on urban gardens. All in a day that began at nine in the morning and ended at one in the afternoon.

Son Playas celebrated by focusing on citizen participation, which is a fundamental issue. Nothing is possible if people don’t get involved; we cannot generate a change if citizens do not participate. When people organize and take the initiative to do something in favor of the natural environment, it is a valuable story that has to be made visible.

What we are looking for is for more people to contribute locally and from any area to address this environmental crisis in which we find ourselves. Nothing will change if citizens do not participate. So the issue of citizen participation has always been present as a pillar in the contents of Son Playas.

Why are the leaves of plants green?

Diego Cahun: Mayan culture is not going to die, it is just constantly evolving

Santiago and Esteban, A tale of gastronomy and Saltillan traditions