The vaccine chip makes you smart 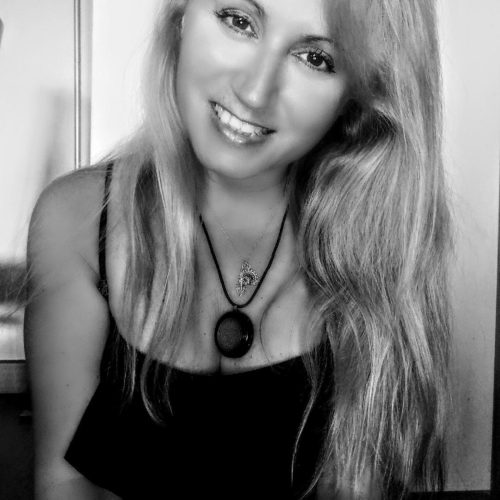 2022 has already started and we are debuting with a new variant of the virus, no, I am not referring to Ómicron, that is already out of fashion, I am referring to a variant that they have just discovered that is a party between the flu and the covid . Yujuuuu! We started the premiere! And there are still people who do not want to get the vaccine, I do not understand it, but I do not understand those who flee from those people, if they are the ones who should flee! Let’s see, let’s think coherently, those of us who have vaccines are not immune to the virus, it is simply more difficult to die, since we usually pass as a kind of cold from hell. Those who should be afraid of getting infected are those who have not received any vaccination, they do play the squid game every time they go out on the street.
I don’t know if they have put a chip on me, but as soon as the year started, my family and I had a very interesting scientific conversation: today we had a delicious seafood soup for lunch; I don’t know about you, but we add croutons, that is, churruscado bread rolls, I miss a few because I like to eat them crunchy, but the others have added quite a few, and that’s when I understood the benefits of having the injected chip; My aunt said that if the croutons have sucked into the soup it is because it was hot, my father said that leaving them in one corner of the plate prevented the soup from being sucked, my husband said that the buns had sucked into the soup because They had been made in the air fryer, since if they are made in the pan, the oil that permeates them does not allow them to suck so much soup, in those that rather their plate looked like bread with soup instead of soup with bread, they only She saw the bread surrounded by seafood, so she thought of pouring beer into it, then it got cold and she had to add more soup, to which my aunt intervenes again and says that croutons come out better for her because she makes them smaller so they don’t suck as much.
After everyone had their plates invaded with bread, they had to repeat, but not before commenting that the croutons are very good with sugar and for a snack.
And all that has come from a lunch, if they give us a laboratory we discover the vaccine that kills any variant of the coronavirus.
But the best thing was when this afternoon my daughter and I went to the cafeteria to have coffee and my grandmother told us that the situation is very bad and that we should not think of having coffee by glass, thank goodness than at that time The chip must have been disconnected because it has not occurred to us to ask for a straw so as not to touch the glass, more than anything, because the chip seems to be also going some environmentalism, and we thought that we could not contaminate the planet with plastic straws .
So … those of you who are still hesitating to get the vaccine, don’t hesitate any longer, apart from becoming more scientific, my sense of direction has improved by five percent and I have understood the meaning of life; well, I have put the latter because it looked good, what I have understood is that you should continue living, with caution, following the rules, but without fear.
I have started the year positive, so here I am, waiting for Bill Gates to screw up the bill and mistakenly enter a few million into my microchip.

Photo by Askar Abayev from Pexels

Hundreds of people in North Carolina each day are waiting inside hospital emergency departments for behavioral health care. One reason is that a real-time list of operational beds isn’t available, which makes it difficult to connect people in emergency departments to care in more appropriate settings. To address the growing behavioral health crisis, the NC Department of Health and Human Services is today launching a new tool to help hospitals and other providers quickly find an open bed where people can get the behavioral health treatment they deserve.
Author